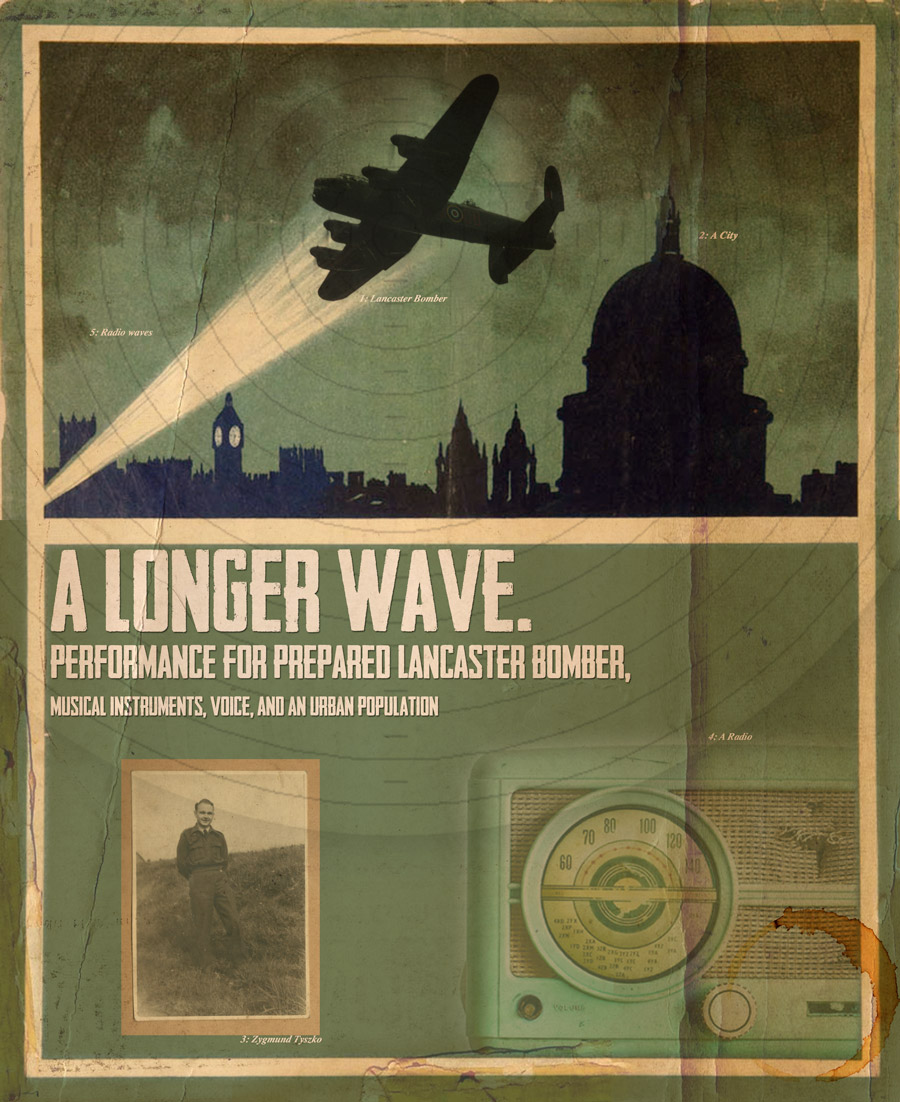 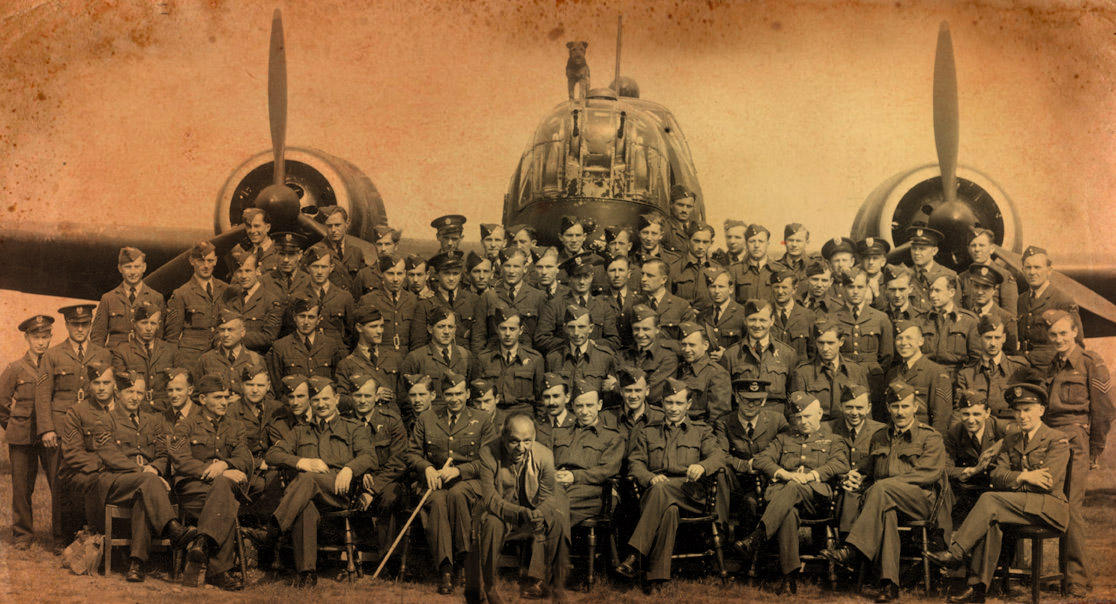 Is a minimalist instrumental composition and performance for prepared Lancaster Bomber, voice and traditional instruments performed as aerial flyby, and broadcast across the radio spectrum and as a dynamic data cloud on the Net.

Starting our performance over London we then fly across the sea and to various mainland cities concluding the performance over Berlin,  where myself and any of the other performers willing, parachute to a neu European freedom from this troubled England, where (with my reclaimed polish heritage passport) we shall effectively become refugees within this new world (dis)order and join  the nouveau cultural resistance and continue our broadcasts until England is once again united with Europa.

Placing myself and a modern computer and audio mixer in the same radio operator’s work space occupied by my late father in 1944, we shall mix the attenuated sounds of the aircraft from multiple sensors and microphones, along with traditional instrumentation and voice, in what will be a flying psycho-geographic broadcast that much like the war time BBC output will be embedded with the complex and intertwined historical meanings and relationships, of family, nation, immigrant, invader, hero, enemy, and friend.

Both personal yet universal, this project aims to reference the upheavals of world war two and the millions of displaced, the stateless, the émigrés, the refugees, the defenders and the offenders, and how this bloody past may bring clues in both a private search for a long lost father, and a search for a wider European identity in our globalised world.

I will be actively seeking a deeper understanding of my late father, who 1939, was rounded up from a teenage stroll in the city of Warsaw by German invaders and then taken to the woods to be shot. He managed to escape only to be caught by Russian troops, sent to Siberia, where as the politics and allegiances of the war shifted, he was finally  released and made his way on foot through occupied Europe to Africa, and then to England where he joined the Polish Royal Air Force, met my Mother, began my family.

He subsequently flew back and forth across this European path in a Lancaster Bomber. .

Somehow after all of this, I never managed to find him, never getting to know him as an adult, and being distanced from him as a child, as the family politics, perhaps mirroring the contemporary politics in our cold games of domestic war distanced me from my European heritage.

My personal reaction to England’s pending divorce from mainland Europe is like a childhood trauma replayed as catastrophic breakdown of communication and a fracture with the civilizational foundations of reason and on an international scale. Therefor, perhaps only by escaping my broken home as a 21 century refugee can I truly reconnect with a semi mythical past, and discover a universal thread in our common cultural identity, and continue to make radio broadcasts back home as part of a new cultural resistance.