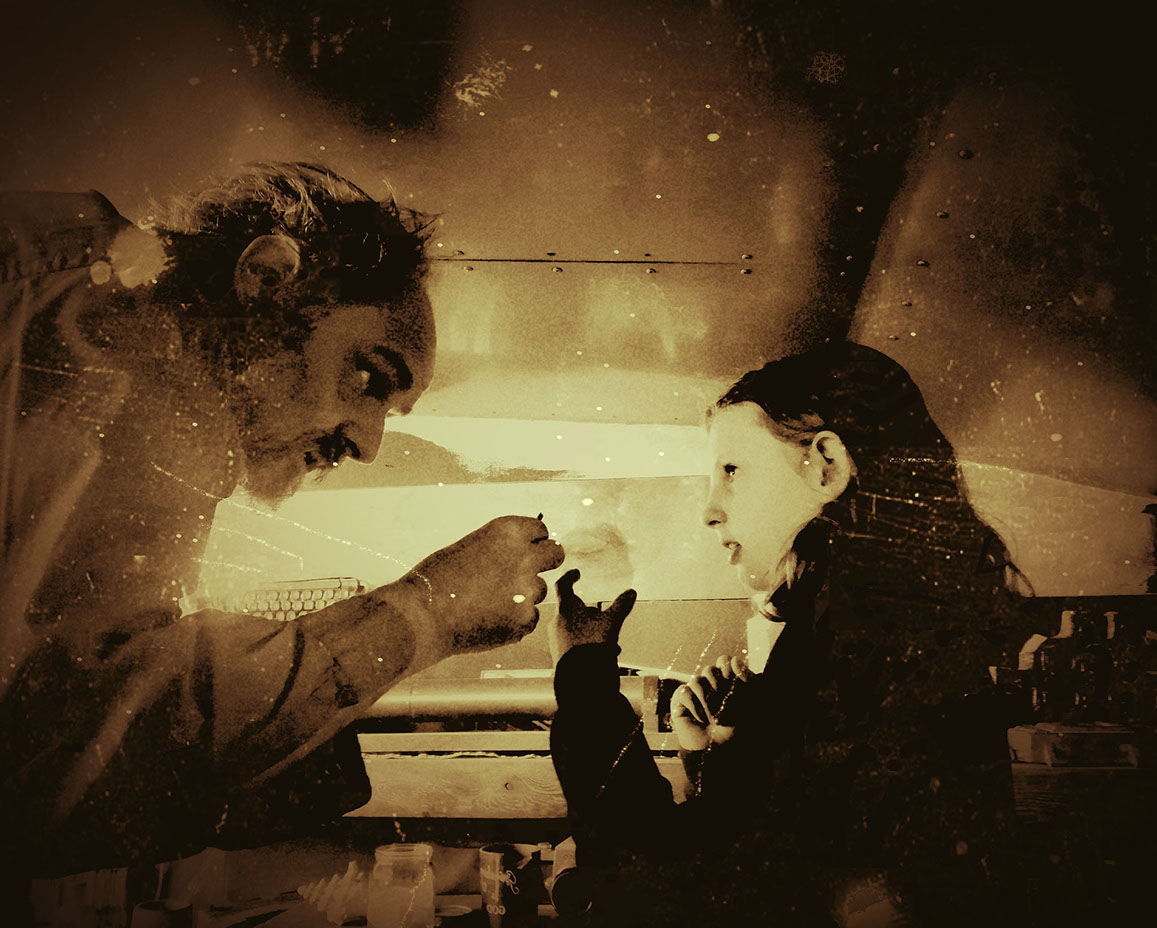 "Simon Tyszko is an artist with an unusual practice, simply refusing to follow the usual career trajectory."

Having first studied art at south east Essex Poly in the mid-seventies under the painter Tim Allen, Tyszko took the punk equivalent of running away to the circus, joining the music business and touring the world with a number of notable bands including Siouxi and the Banshees and The Clash, and was for a time the live sound engineer for New York electronic performance Duo Alan Vega, Martin Rev as Suicide.

After a number of years developing situational projects within the counterculture scene, Tyszko returned to a based studio art practice in the early 90's.

He has since completed courses at both London Chelsea, and Middlesex schools of art, majoring in Critical Theory And Fine Art Studio Practice and is presently preparing a practice based Science/Fine Art based PhD around the disciplines  of  Neuroscience, Art, and Politics.

Tyszko has come to international attention for his political works on a number of occasions, with feature articles in journals such as The Observer, The Guardian, Der Speigle, La Republica, Le Monde, Time Out And International editions of Le-cool, with direct questions even being asked in the European parliament, suggesting laws to prevent the kind of provocative statements Tyszko makes (conservatives never understand cultural critique).

Tyszko has also won awards for his film making, photographic work (London Photographic Awards Two Category), and digital multimedia, he has had won public commissions in both London and Paris.

Presently he continues to be a regular broadcaster on London’s visionary arts radio station Resonance FM, was recently a featured contributor in the Jonas Mekas retrospective at The serpentine gallery, has recently enjoyed two successful solo exhibition at Beaconsfield gallery and until recently ran a full time studio in Battersea.

Tyszko’s  work covers an exotic and wide  range of media, yet the  practice is retains  a unity.

Materials include neon, video, bookworks, film, modified and resonant frequencies, buildings, vehicles, fabrics, assembled objects, context, spoken word, and performance (including broadcast), whose area of exploration tends to a retrospective enquiry of the emotions-usually autobiographical, and often based around the family, yet projected onto a wider social and political landscape.

Sometimes Presented as highly finished objects, their polished physical perfectness belies the narratives that are behind them, yet when presented disassembled, damaged and even destroyed, the psychoanalytical processes is revealed as a Personal critique, based on reminiscences of resentment, hurt, or reflective regret, the  darkness of  memories tempered with a restrained dark humour, often creating a mood of both danger and an a thrilling  playfulness.

Both joys and dysfunctional tragedies are described in his understanding of home life and are conflated by an analysis of the wider, politicised social body. Failing socio-economic and cultural value systems and their remorseless, cruel glamour and exploitation – such as advertising, geopolitical economics, legislative prohibition (drugs), social hypocrisy and pop culture – are all areas of concern in the twists and turns of a searching psychological dynamic,which  aim to both agitate, coerce and indeed, seduce.

Whether using neon (the core symbol of consumer culture), actual cocaine and the legal process, or by the homely knitting of incongruous garments – straitjackets – I attempt in my  practice to identify social forms against which I place prismatic dramas that play out within the signs and symbols of defiance and dissent.

Presently he continues to be a regular broadcaster on London’s visionary art’s radio station Resonance FM, was a featured contributor in the Jonas Mekas retrospective at The serpentine gallery, has recently enjoyed two successful solo exhibition at Beaconsfield gallery and Continues to live under a full scale dakota aeroplane wing as performance, in an apartment in West London, supported by the Arts Council of Great Britain

A re-imagining of the 1966 World Cup (in the very dim light of Brexit).

presented by the ClapTON ensemble

As the 'United' Kingdom (specifically England) slips further into the sea, into both the rising salty brine of its founding climate alterations and the mire of its own increasing irrelevance and ineptitude, Simon Tyszko's Empire reveals itself as perhaps the definitive explanatory - and surprisingly redemptive - text, hiding in plain sight, we could hope for at such a time.

Yes, it rewinds, using FIFA's own footage, the 1966 World Cup Final, locus of England's only win at such a level, one achieved on home ground, against a visiting team unmatched in terms of symbolic resonance.

Yes, it captures moments of epiphanic melancholy, as balls retreat from the goal nets, from their dream, their very reason, returning to the foot like errant children home; as the Queen takes back the Jules Rimet Trophy from captain Bobby Moore, wiping the smile from his face and returning his features to the numbed neutrality of joylessness.

Yes, for these and similar moments alone, Tyszko has crafted something singular, something seen, out of material so overseen it is almost invisible.

But why call it Empire? Because in his strategy of reversal, Tyszko is teasing at something far larger, far more important than the witty unravelling of a sporting win. Indeed, why stop at that rewinding? Why not continue back - all the way back - to the world before England's global footprint had been impressed on the face of the beaten planet.

Think then of Empire as Tyszko's radical remake of Sliding Doors, where the focus is not on the future/s that might be, but on the past that never should have been. Onwards! Or rather, Backwards!

Barbie's got her finger on the pulse - and the trigger

Politics and art make controversial bedfellows and never more so since 11 September. One of the brightest examples I've seen is 'Suicide Bomber Barbie' by British artist Simon Tyszko. His doll, currently on show in the ICA's bookshop, wears a military incarnation of her usual uniform. Tyszko's Barbie also smiles - her lips painted with pink gloss. Around her waist, however, she wears an explosives belt. And in her hand, instead of her purse, is a detonation trigger. It's a potent image of an anodyne toy remade as a politically charged comment.

Barbie, however, has gone through mutations before. In Christopher Varaste's Face of the American Dream: Barbie Doll 1959-1971, the author sees his subject as a symbol of changing times, from Jackie O to hippie chic. Tyszko, 43, however, has taken a quantum leap with his subversion of Barbie. 'I was watching Newsnight,' he says. 'And I just got really angry. Artists don't seem to want to comment on current events. Meanwhile, look at what is happening out there. Political discussion seems to be dead in this country. So I wanted to reflect some of that.'

Tyszko says current events and his Barbie doll have inspired him into a number of upcoming projects.

One piece in development, tentatively called 'Rant', will show him venting his political opinions over a collage of images and sound. 'I've started ranting all the time,' he admits. 'To myself, to my friends. And I've never been a writer: I've never been able to express my feelings on paper. I just can't find the words. So I'll use video to do that.'

Tyszko isn't the only artist to have politicised Barbie. The mid-Nineties saw the introduction of the disabled Barbie. And in Iran, where Barbie was banned in 1996, toymakers have created a Muslim 'Barbie' called Sara.

She wears a conservative headscarf and a tightly fitted dress. Sara also has her own 'Ken' - in this case, a twin brother called Dara. Both dolls sell at around $15 - and naturally, the original version of Barbie remains in demand on Iran's black market.

But there is a wider issue here: how, faced with the events of 11 September, do artists express themselves?

Musicians especially have struggled. While conservative rockers such as Ted Nugent and mavericks such as Neil Young have penned hymns to US nationalism and the need for a Christian war on Islam, more compassionate musicians like Bruce Springsteen and James Taylor have better expressed the losses - in political and personal terms.

One of the most considered responses to 11 September arrived from the realms of country music. Singer songwriter Steve Earle, a tireless campaigner for American death row inmates, is on the verge of releasing his latest album, Jerusalem.

'This is a political record,' Earle said recently. 'Because there seems to be no other proper response to the place we're at now.' Earle, another maverick, has come under fire for one particular song 'John Walker's Blues'. The lyrics take the viewpoint of John Walker Lindh, the 21-year-old American Taliban. 'I'm just an American boy, raised on MTV,' sings Earle. His Lindh then sings of his conversion to Islam: 'A shadu la ilaha illa Allah/ There is no God but Allah'.

Earle has been vilified since advance copies of 'John Walker's Blues' appeared a few weeks ago. The New York Post headlined a piece 'Twisted ballad honours Tali-Rat'. And Steve Gill, a radio host in Earle's adopted hometown of Nashville, urged music fans to boycott the record.

'But people have to be able to discuss these things,' says Tyszko. 'We need debate.' It's a shame his Barbie doll is a one-off: Sheikh Ahmed Yassin, the spiritual leader of Hamas would probably appreciate the irony. 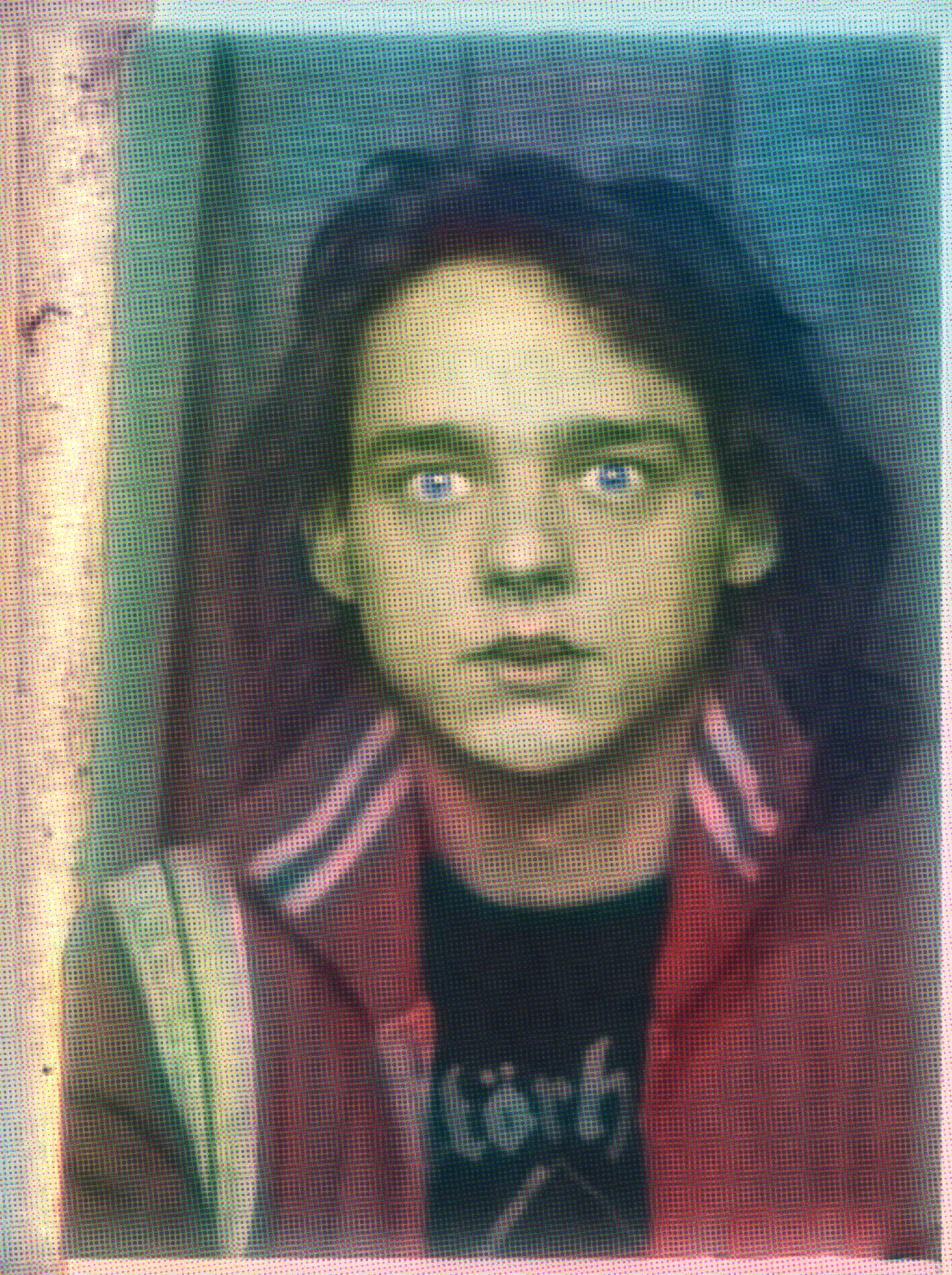